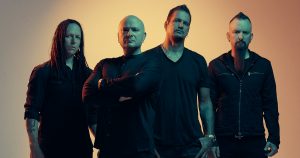 Formed in 1994, the Chicago based heavy metal band Disturbed has a history of seven studio albums. The crazy thing is that they graced the Billboard 200’s number one spot with five of the 7 albums they produced to date.

How many other bands have rocked the Billboard 200 like that? Down with the sickness shot them to stardom, where they remain to this day, still producing and performing.