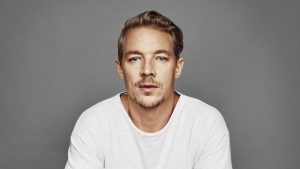 Thomas Wesley Pentz (Diplo) began his music career as a DJ at WPRK radio station at Rollins College in Winter Park, Florida in 1997. He began to hold parties with DJ Low Budget as “Hooked on Hollertronix”. As a result of those parties, he released a mixtape called Never Scared. His first studio album, Florida, was released on September 21, 2004 on CD and digital download under the label Big Dada.