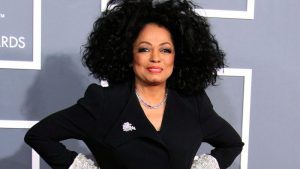 Diana Ross was born and raised in Detroit, Michigan and is one of the most famous African-American singers of all time. She is most famous for her career in the group The Supremes from 1959 to 1970.

She began her career in music at 15 years old in a group called the Primettes that consisted of herself, Florence Ballard, Mary Wilson, and Betty McGlown. Betty McGlown was replaced in 1960 by Barbara Martin and they signed with Motown as The Supremes. Out of all of the groups that came out of Motown Records, they remain the most successful group commercially and remain today the most successful vocal group in the United States.

Her first album with The Supremes was released in 1962 as Meet The Supremes. She remained with the group from 1959 to 1970 and afterward was given the credit for the discovery of the Jackson 5 in 1969.

Her most recent solo album was I Love You, which was released in 2006.