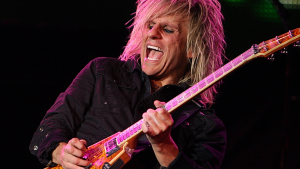 He was also in a band he founded himself, Samantha 7, in 1998. The band only produced one album and went on hiatus in 2004 as DeVille went back on the road with Poison. A second album was supposed to have been produced, but never was.