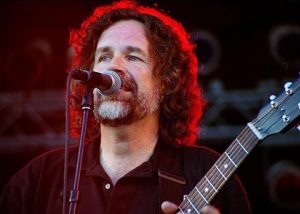 Brad Delp was the original vocalist for the classic rock band Boston and for the band RTZ. He began his music career with Tom Scholz and together formed Boston in 1975. He and Tom were the only two artists that were signed to Epic Records as the band Boston. He performed all of the lead vocals and backup harmony on the band’s debut album Boston.

He did multiple albums and other recordings outside of Boston, including other performances with Barry Gouldreau. They formed RTZ in 1989 and eventually left Boston temporarily as a result. He was replaced by Fran Cosmo, but returned to Boston in 1994 and remained with the band until his death in 2007.

On March 9, 2007, he committed suicide by carbon monoxide poisoning at his home in Atkinson, New Hampshire. His family maintains the Brad Delp Foundation and gives out grants and funding for school music programs, including programs for people with disabilities.