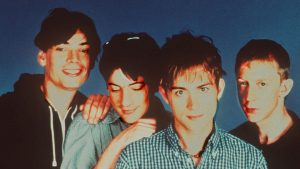 Blur is an English rock band that originated in London in 1988 and they still perform today. Two of the band’s members, Damon Albarn and Graham Coxon were childhood friends and met up as they attended the Goldsmiths College in London. The band Circus fired Alex James and he became the bassist for Blur around the same time. Their drummer, Dave Rowntree, joined them in October of 1988. Like many other bands, their initial name wasn’t the one they settled on. They originally named their group Seymour, but the representative for Food Records’ A&R didn’t like the name and convinced them to changed it. They were signed by Food Records in 1990 and their first album under their new name was titled Leisure and was released in 1991.

Song 2 (vocal only with guitar, drums only, guitar and bass only) – Blur