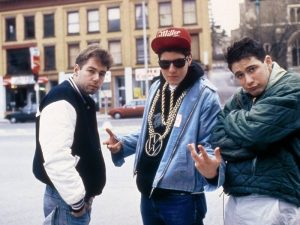 The Beastie Boys were one of the first American hip hop groups in the US from their beginning in 1981 when they were founded in New York City.

The best selling rap album of the 1980’s was The Beastie Boy’s first studio album, Licensed to Ill.

Beastie Boys | Hold It Now, Hit It (vocal only)