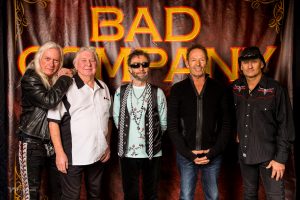 Bad Company was originally formed in Westminster, London by Paul Rodgers and Mick Ralphs in 1973. Most of their success was found in the 1970’s and many of their most famous songs are still regularly played on classic rock radio stations.

Bad Company is known as a “supergroup”, because the other members of the band have successful solo music careers.