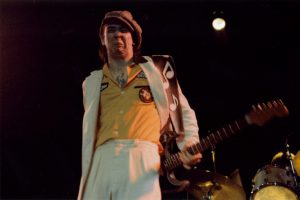 Although his mainstream career only spanned seven years, he is considered to be one of the most iconic and influential musicians in the history of blues music.

Vaughan was posthumously inducted into the Rock and Roll Hall of Fame in 2015.