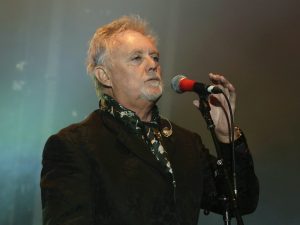 Roger Taylor (Queen drummer) is a musician, singer, songwriter, and multi-instrumentalist, best known as the drummer for the rock band Queen.

As a songwriter, Taylor contributed songs to Queen’s albums from the beginning, composing at least one track on every album, and often singing lead vocals on his own compositions.

In addition to his drum work, Taylor is well known for his falsetto vocal range. He sometimes played keyboards, guitars and bass on his own songs.