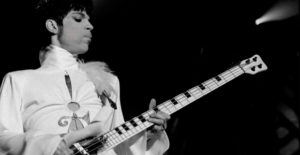 Sad news today that a terrible half a year of music losses is continuing… As reported by CNN, AP and others Prince has died at age 57.  Prince was adamant about not allowing his music to be posted online in every case where he could control it. Because of that there are unfortunately no isolated tracks in circulation for him. However, we wanted to note his untimely passing and join the world in recognizing the unique musical talent and creative spirit which landed him seven Grammy Awards, an Oscar, multiple MTV Awards, an induction into the Rock and Roll Hall of Fame in 2004 and millions of fans worldwide.  Photo credit: Nico7Martin/flickr.com