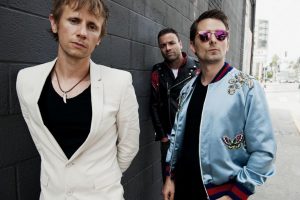 Muse are an English rock band from Teignmouth, Devon, formed in 1994.

Their second album, Origin of Symmetry (2001), incorporated wider instrumentation and romantic classical influences, and earned them a reputation for energetic live performances.

Absolution (2003) saw further classical influence, with strings on tracks such as “Butterflies and Hurricanes”, and was the first of five consecutive UK number-one albums.

Muse | Starlight (vocal only, keyboards only)

Muse | Hysteria (vocal only, guitars only)