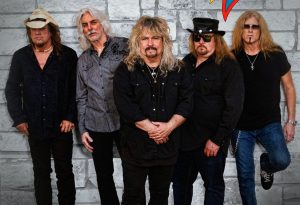 The band is best known for their 1979 hit song “Flirtin’ with Disaster”.

Molly Hatchet took its name from a prostitute who allegedly mutilated and decapitated her clients.

One iconic aspect of Molly Hatchet’s image is that many of the band’s album covers feature art inspired by heroic fantasy, several of which were painted by artists such as Frank Frazetta, Boris Vallejo, and Paul R. Gregory.

Molly Hatchet | Flirtin’ With Disaster (guitar and bass only)