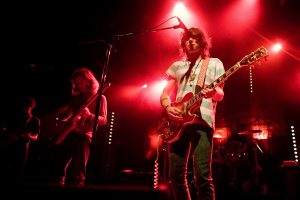 MGMT is an American pop and rock band formed in 2002 in Middletown, Connecticut. It was founded by multi-instrumentalists Andrew VanWyngarden and Ben Goldwasser. Alongside VanWyngarden and Goldwasser, MGMT’s live lineup currently consists of drummer Will Berman, bassist Simon O’Connor, and guitarist and keyboard James Richardson.

On October 5, 2007, Spin named MGMT “Artist of the Day”. In November Rolling Stone pegged MGMT as a top ten “Artist to Watch” in 2008 and went on to name Oracular Spectacular number 494 in their top 500 Greatest Albums of All Time list.

MGMT | Kids (vocal only and no vocal)