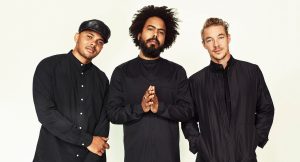 Major Lazer was founded in 2008 by Diplo and Switch. In 2001, the group made some major changes when Switch left the group by two others. Jillionaire and Walshy Fire stepped, Jillionaire was replaced in 2019 by Ape Drums.

Everyone knows them as top reggae group that was made famous for dance halls and these types of crowds.

They were nominated for a Grammy, but didn’t win. They still write, record and play to this day.