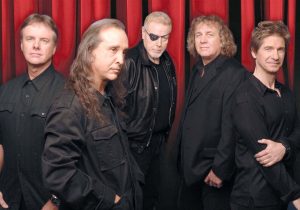 Kansas is an American rock band that was founded in 1973. They have a very unique style of music.

They graced the Billboard charts for over 200 weeks straight in the late 70s and early 80s. “Carry On Wayward Son” was the most played track on US classic rock radio in 97 and topped out at number two in 95.

Although listed under several genres, they are close to becoming a genre of their own. What’s even more incredible is the fact that the band has more ex members than it does in the original or current lineup.

They are still active to this day.

Below you have more data and links to multitracks by Kansas.

Kirshner
MCA
Magna Carta
Inside Out