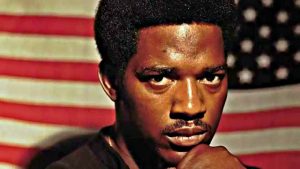 Edwin Starr was born in Nashville, Tennessee on January 21st, 1942 and was raised in Ohio. He was a singer and songwriter, most famous for his performance of the anti-Vietnam war song “War” which was written by Barrett Strong and Norman Whitfield for Motown. The Temptations were the original performers of the song, but today Edwin Starr’s version is the one that everyone knows and loves. He was nominated for a Grammy award in 1971 for his performance of it.

Over his career he recorded 11 albums and released 53 singles.