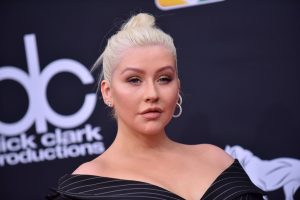 Christina Aguilera was born in Staten Island, New York City and due to a turbulent household, moved to many different places from New York and New Jersey to Texas and even Japan. She eventually ended up moving with her mother and her younger sister to her grandmother’s house in Rochester, Pennsylvania.

Her musical career began in 1993 when she was accepted for a position on the TV show The Mickey Mouse Club alongside Britney Spears, Ryan Gosling, Keri Russell, and Justin Timberlake. She recorded the song “All I Wanna Do” in Japan with Keizo Nakanishi, then returned to the United States in 1998. RCA records turned her down and suggested that she ask Disney due to the record company’s financial issues at the time. Disney selected Aguilera to sing “Reflection” in the movie Mulan that was released in 1998. The song debuted at #15 on the Billboard Adult Contemporary Chart in June of 1998.

RCA signed Aguilera after the success of “Reflection” and produced her first single “Genie in a Bottle” on her debut album “Christinia Aguilera”. The song made her an instant hit and topped the charts. Her first album had 3 hit singles, “What a Girl Wants” and “Come On Over Baby (All I Want Is You)” that hit #1 on the charts and one cover song “I Turn To You”, which made it into the top 5.

Genie in a Bottle (vocals only) – Christinia Aguilera