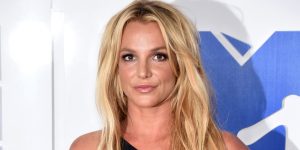 Britney Spears, born Britney Jean Spears on December 2nd, 1981, began her career in show business in 1992 when she was cast on the Show The Mickey Mouse Club alongside other current stars Justin Timberlake, Christina Aguilera, Ryan Gosling, and Keri Russell. The show only lasted 4 years and in 1997, she began the process of auditioning with record labels. Her lawyer, Larry Rudolph, finally received a call back from Jive Records. Around half of her first album was produced at Cheirion Studios in Stockholm, Sweden in early 1998. It was released on January 12, 1999 and was the #1 album on the U.S. Billboard 200. It only took 30 days for it to go double platinum.