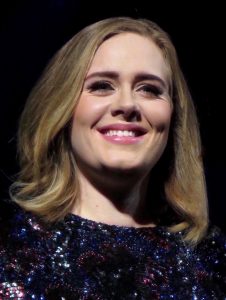 Since her debut, she has recorded 3 different albums, all of which have gone platinum.

Adele was the first female in the history of the Billboard Hot 100 to have 3 top 10 songs, which were “Rolling in the Deep”, “Set Fire to the Rain”, and “Someone Like You”.

Set Fire To The Rain – Adele