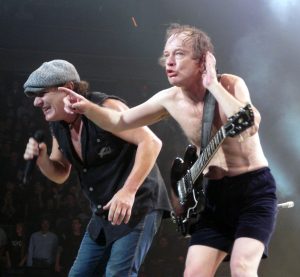 Two brothers, Malcolm and Angus Young. One massive history that broke records globally, sporting over 200 million album sales, with over 71 million in the United States of America.

The band was founded in 1973 in Syndey, Australia, but underwent multiple changes in lineup before they they released this first album. That story has been a consistent pattern since their founding due to various reasons that plagues any organization.

Only two of the bands albums didn’t make the BillBoard 200 list, and it was their first two albums which were released in Australia. The two that didn’t make the Billboard top 200 was High Voltage, and TNT. Once High Voltage was released internationally, it topped the BillBoard 200 at position 146, which was the bands first top 200 Billboard listing.

AC/DC | Let There Be Rock (Bon Scott vocal, rhythm guitar only, drums only)