Each member of the group known as 10cc was a multi-instrumentalist, singer, writer and producer. We have an interesting documentary linked below that gives a little insight into their abilities as incredibly talented musical anomalies. 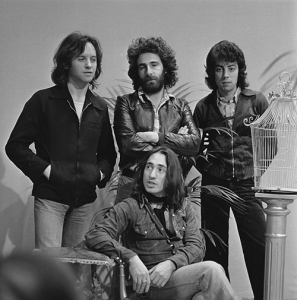 The song “I’m not in love” was their ticket to stardom, giving them world wide name recognition. Not long after their success bloomed globally, the band split up.

One of the members, Graham Gouldman, kept a touring version of 10cc together with hired musicians for years after.