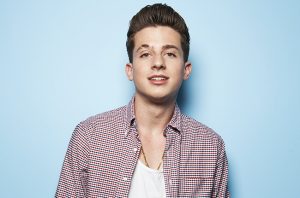 Charlie Puth is an American singer and songwriter whose career began on YouTube as he posted music videos of his songs on his own. In 2011, he won the competition Can You Sing? that was sponsored by Perez Hilton by singing “Someone Like You” by Adele with Emily Luther.

Ellen Degeneres signed him to her label, eleveneleven, and had him perform it on her show. By late 2012, he left eleveneleven and was signed with Atlantic.